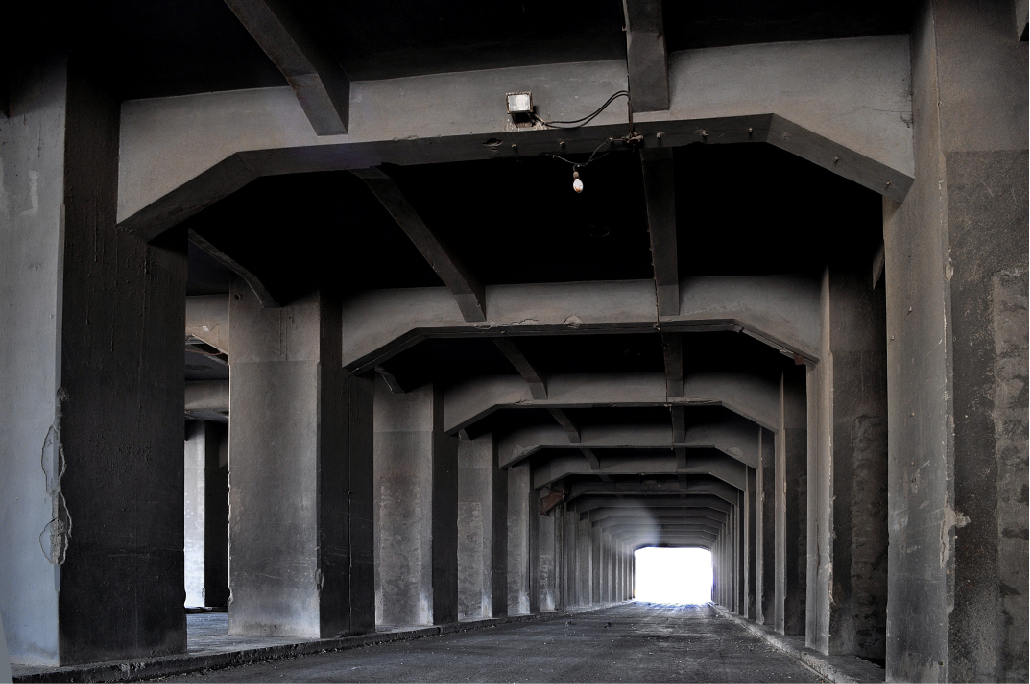 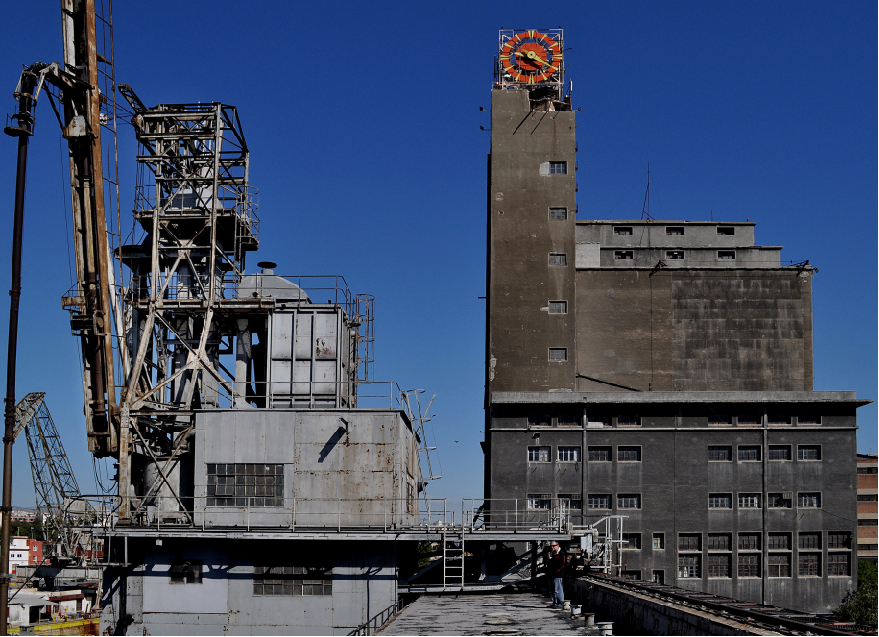 The main idea of the image of the Museum of Underwater Antiquities is a ship sunken in the layers of time. This image was born after a close study of competition materials, history of Greece and the Mediterranean and underwater archaeology. We match principles of archaeology (careful study of slices of time, the deeper underground the older), laws of the sea (the deeper the darker, less light and colour) and the Silo building itself, resembling a huge wreck. It is UNDERWATER ARCHAEOLOGY indeed! And it is this principle that became the foundation of the design of the exposition. The lower the deeper, the more ancient and the more mysterious. It seemed logical to us to use the existing building structure with its silos and pipes and the spirit of the 20th century industrial architecture. A visitor enters the underwater museum space passing literally through the water. The building is divided into four parts by expansion joints – these are the four themes of the museum: a shipwreck, a time capsule, underwater archaeology and Silo. Each theme is developed vertically. A visitor selects a theme in the lobby and ascends the stairs along the time axis. On the first level the main exposition is “Man and the Sea”. This is the most important, the most ancient and the most eternal theme. Here a visitor finds himself at the bottom of the sea and history – with dark blue colours, video effects, muffled sound of the sea and the sunlight making its way through the water somewhere up high. (Some Silos-voids pass through the entire height of the building). Along one of these four themes a visitor “rises to the surface” out of the depths of time following exposition levels. That means that each floor horizontally represents a certain period (Prehistory, Crete-Mycenaean, the Age of Homer, Archaic, Classical, Hellenistic, Rome and Byzantium, the Ottoman Empire, 20th and 21st centuries.) The entire exhibition is logically organised in such a way that you can either choose a certain age (horizontally) or explore a theme through time (vertically). The upper level over the silos represents the 20th century. In 1943 Jacques-Yves Cousteau and Emile Ganyan invented the first safe and effective device for breathing underwater, the scuba. On this floor there are manholes opening into the depths of time and our exposition. This is symbolic as it was the very period of the beginning of underwater exploration which revealed to the world the riches hidden by the sea for centuries. The mezzanine level is dedicated to the 21st century, protection and migration of cultural treasures. From here you can “rise to the surface”, have a cup of coffee on the terrace, enjoy the sea and city views and take a break from “submerging”. Exterior Design. The Silo-building and two thematic-park buildings are the landmarks for sea travellers. At the same time Silo is very distinctive on it’s way. We designed facades with rusted metal holey panels. From the seaside it had to be like huge waves coming ashore. This holey structure creates comfortable shadows for landscape details, cafes and shops. It also helps to save energy inside the buildings. At the end of the visit you descend to the bottom of the sea (the lobby) in a bathyscaphe simulating the actual experience. Then you can take a walk in the park, visit other museums or embark on a voyage to the Greek islands. 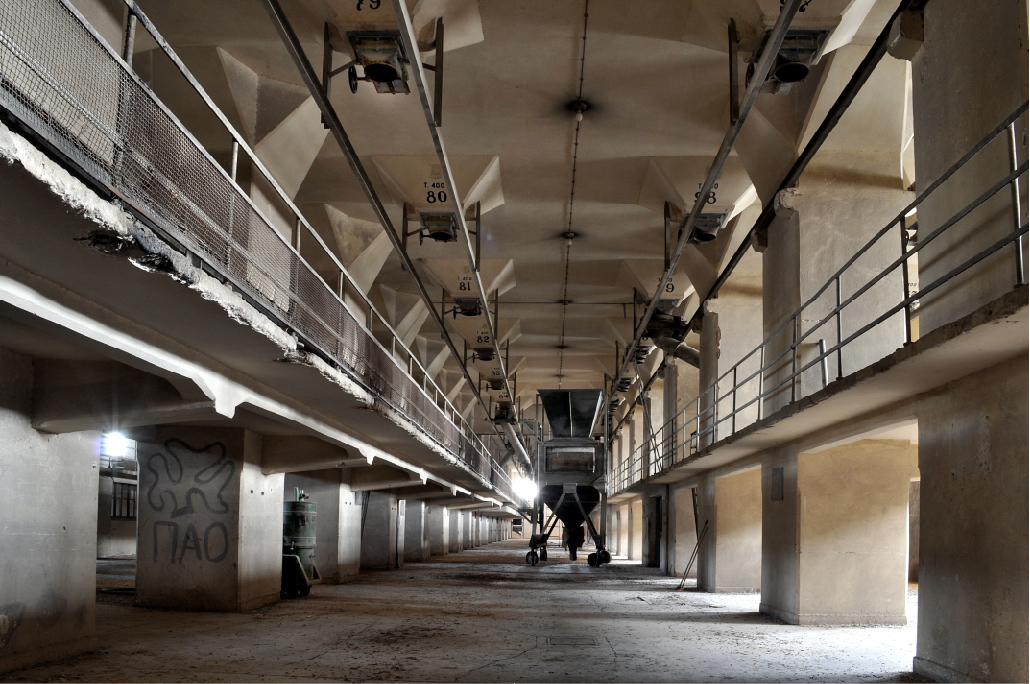 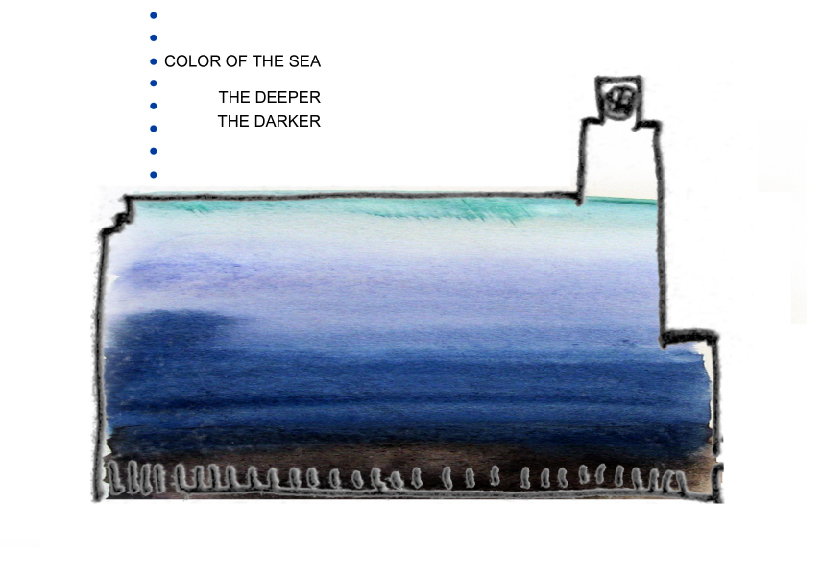 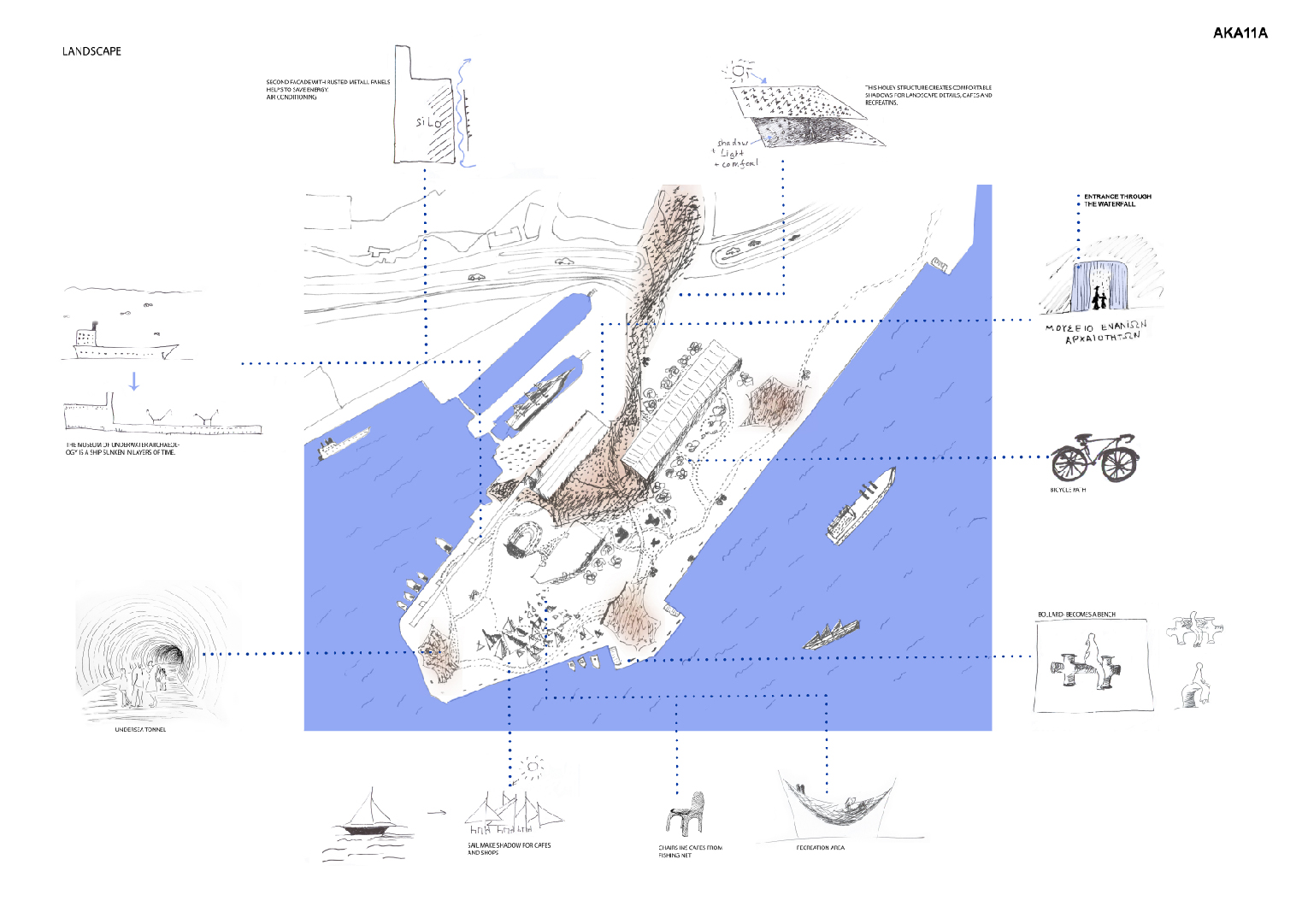 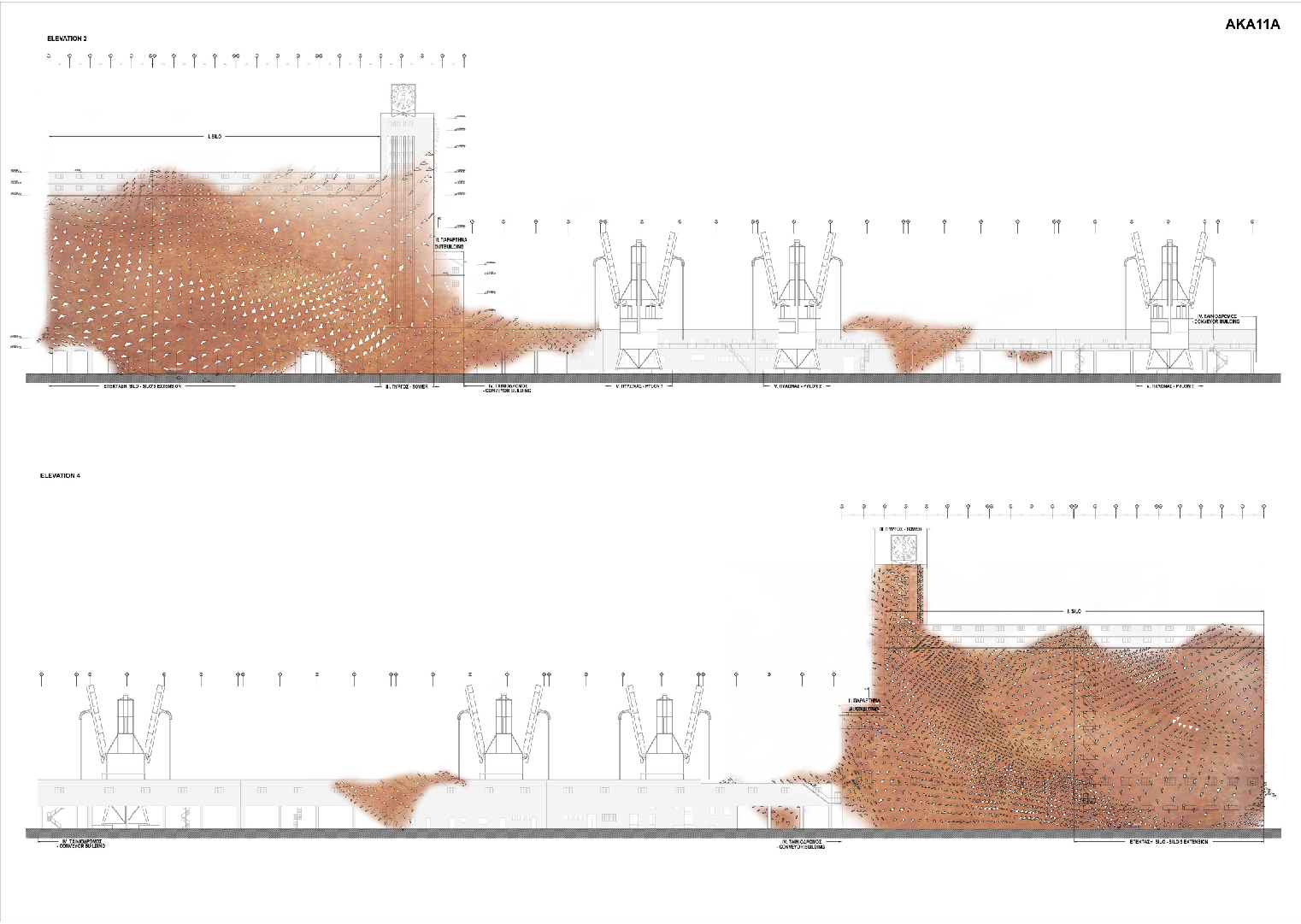 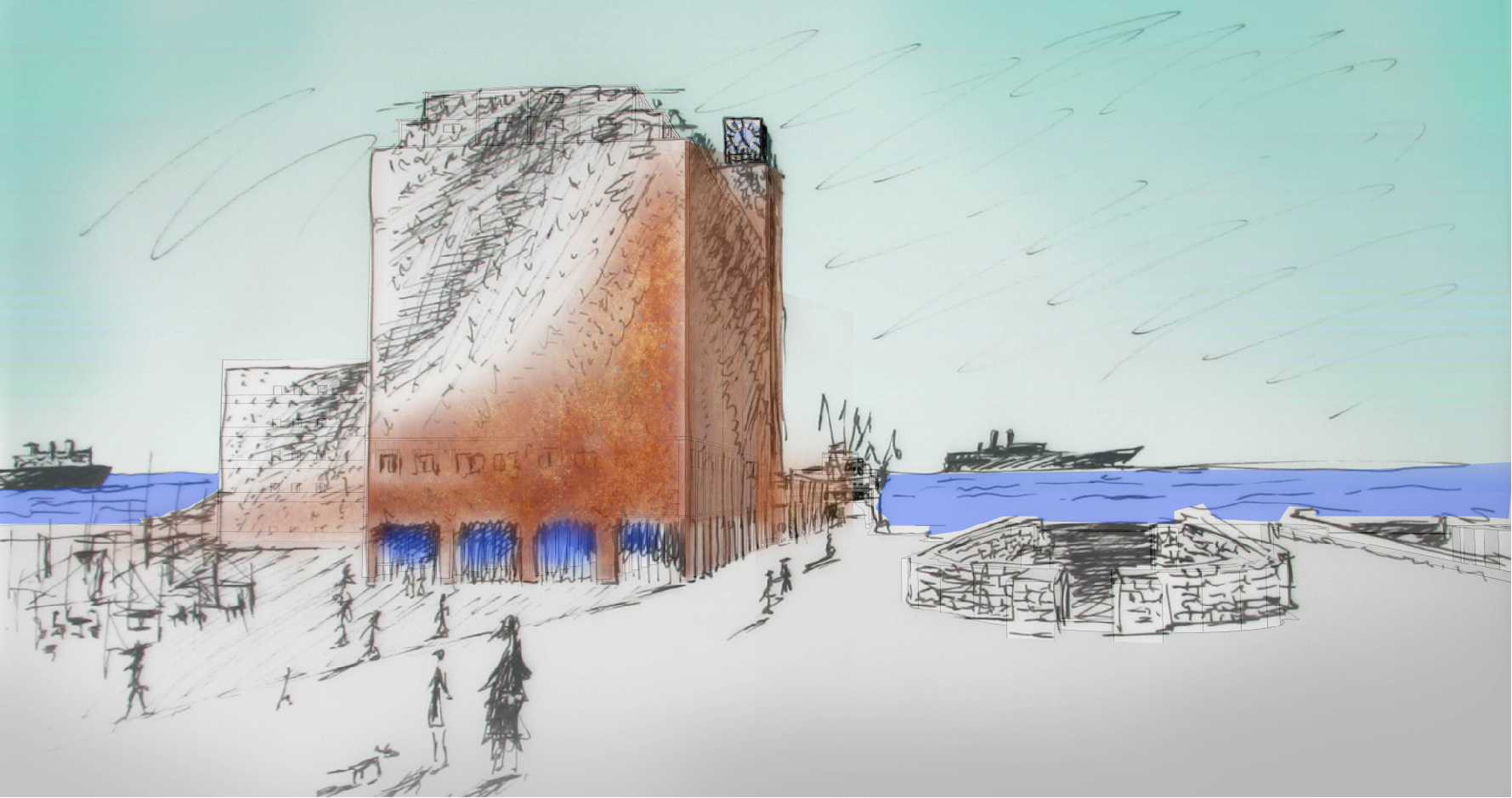 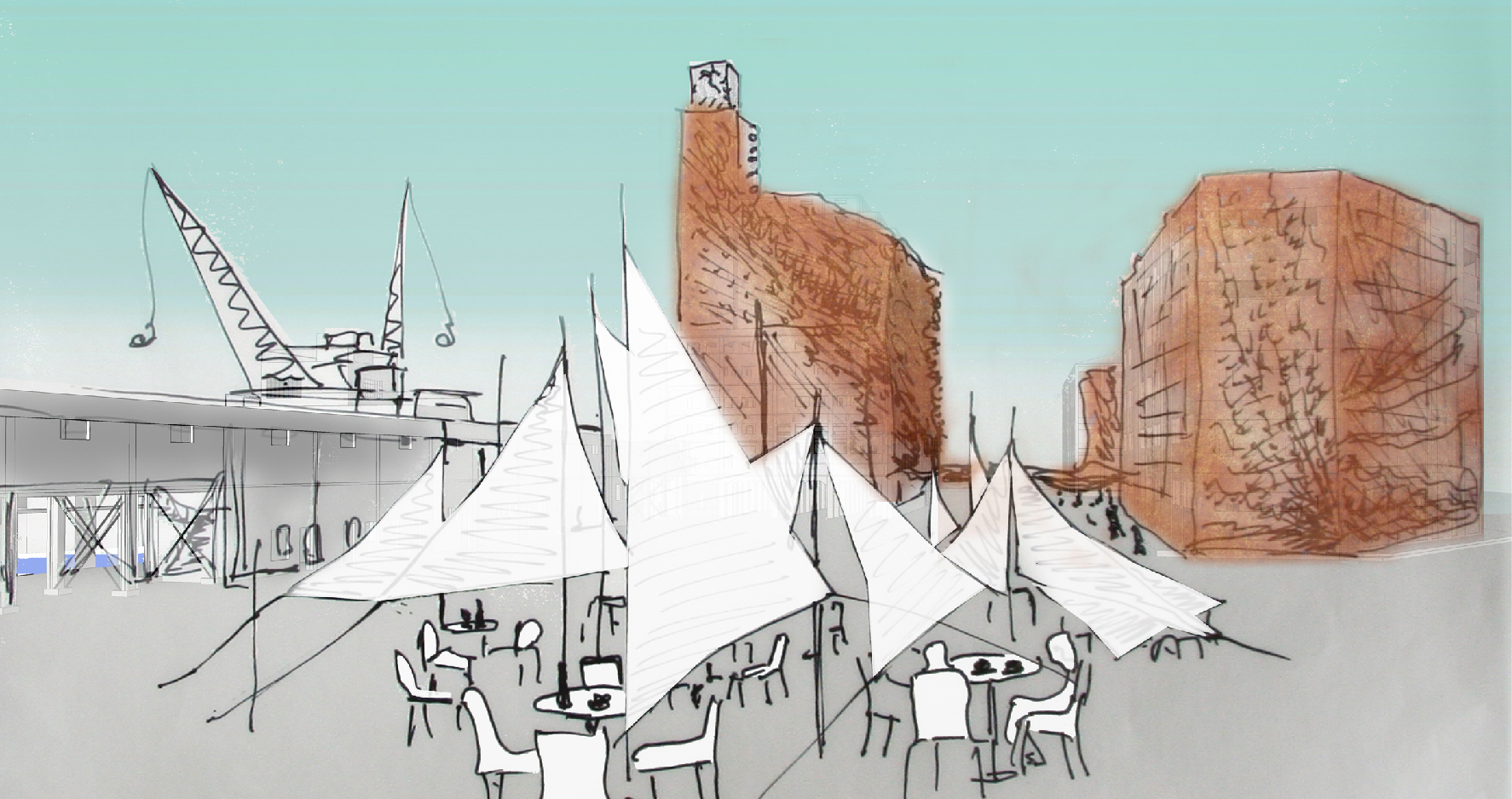 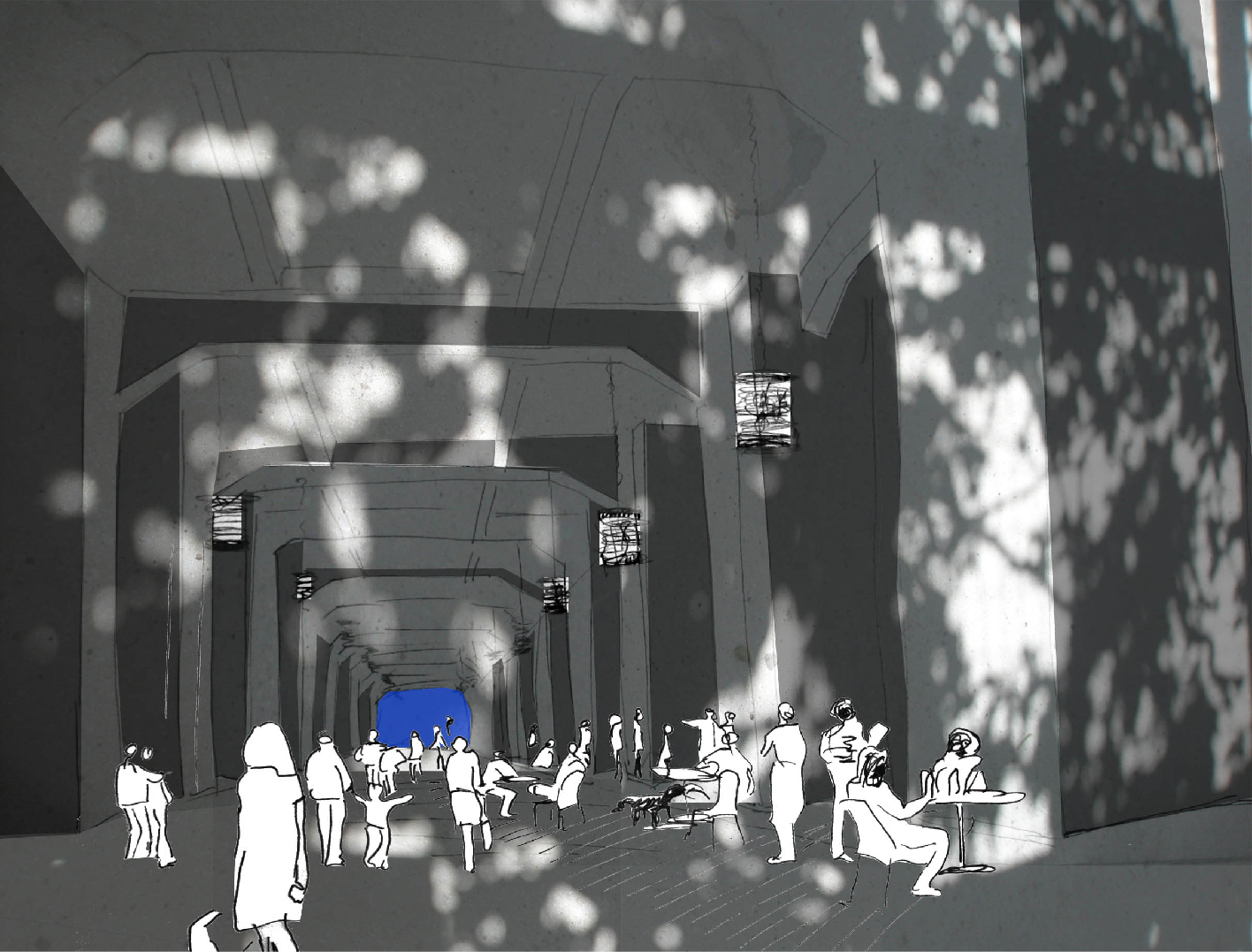 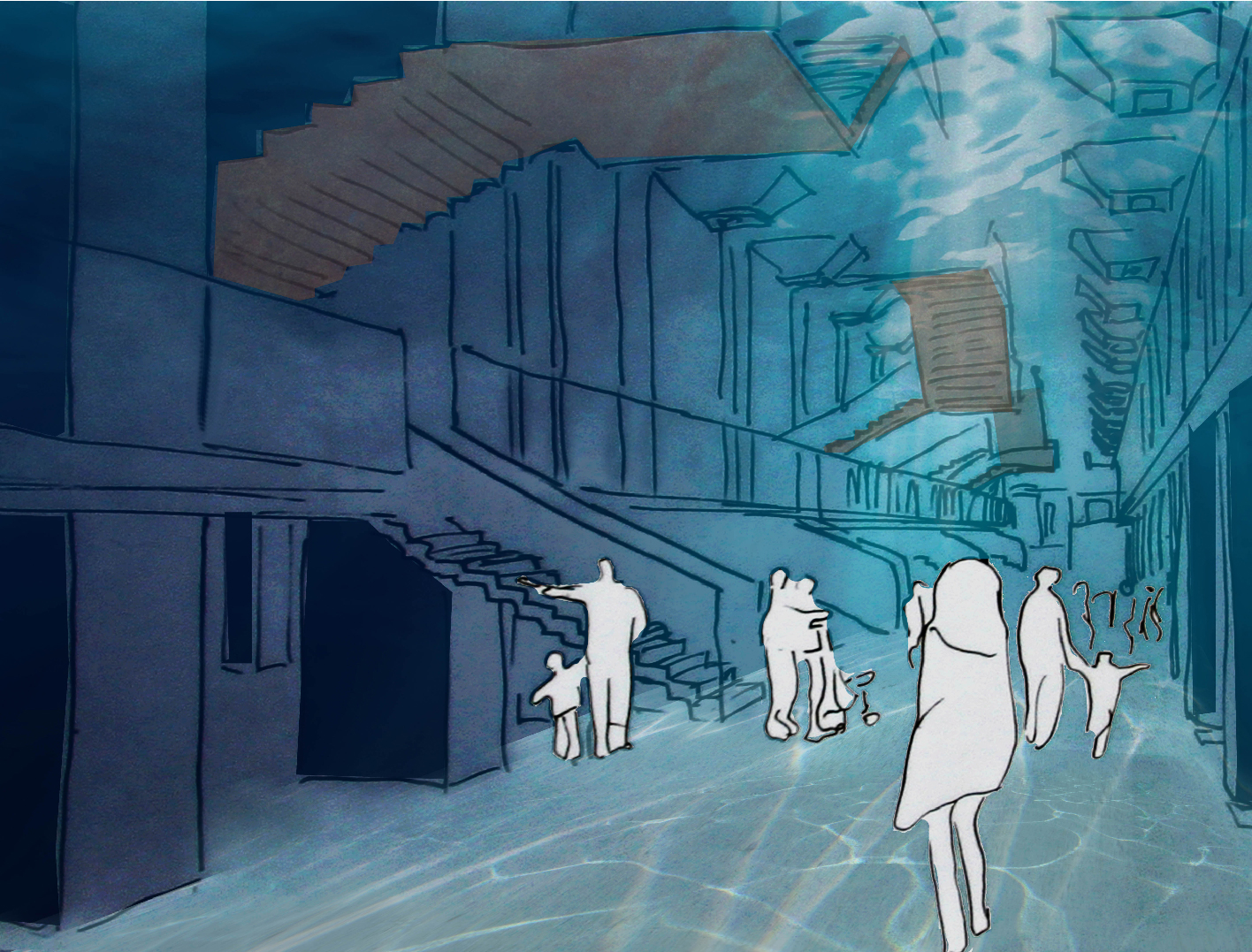 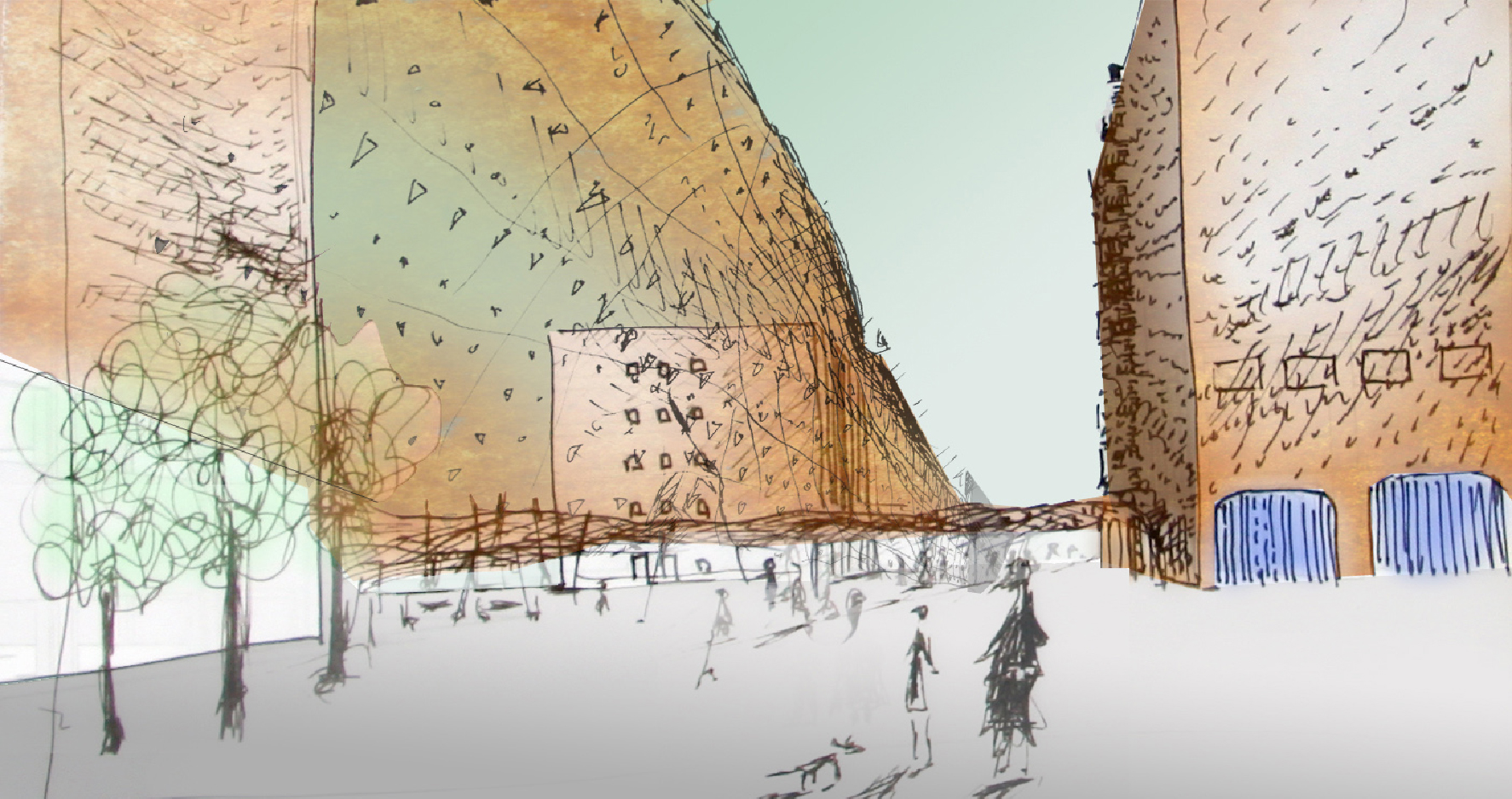 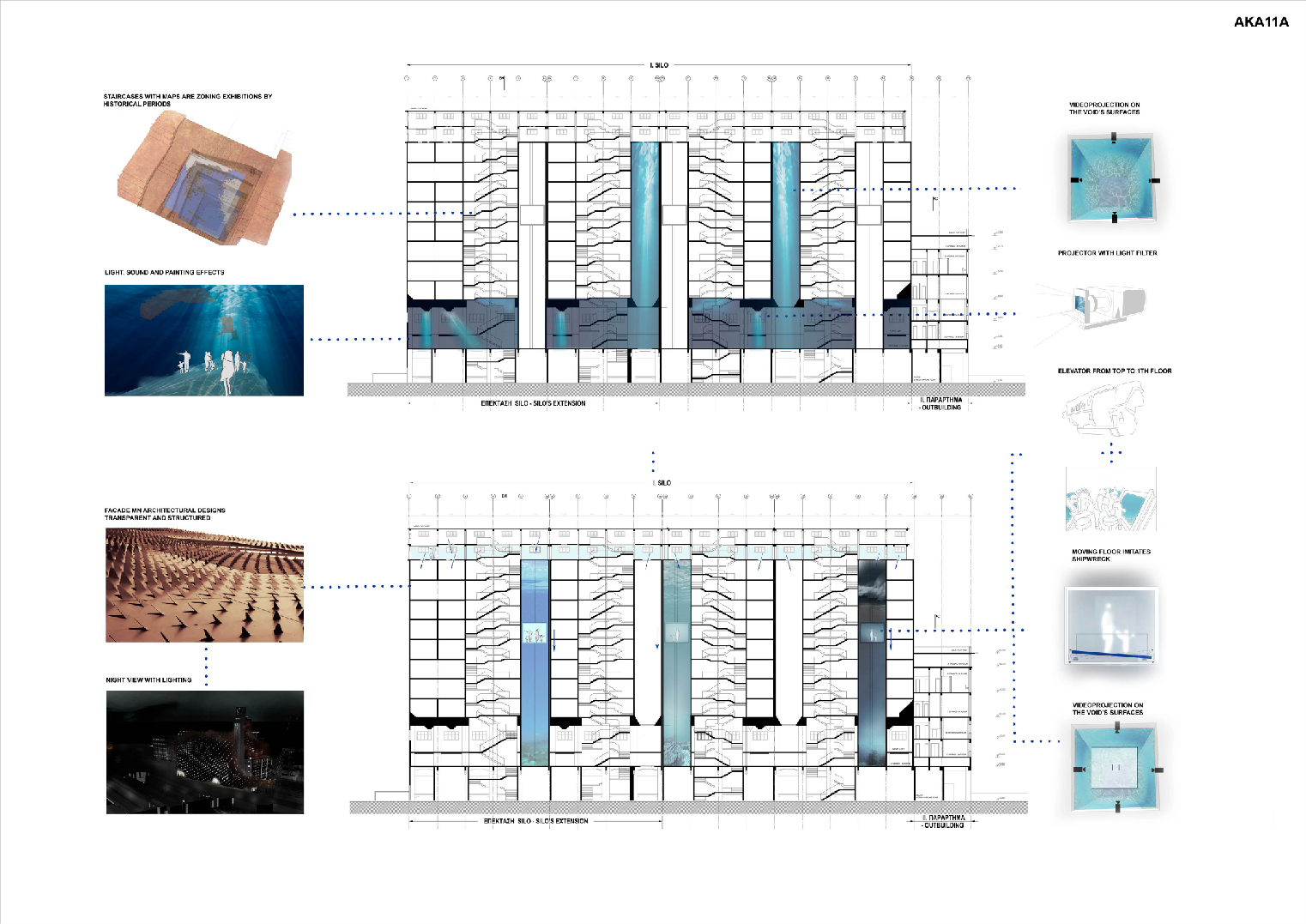